As Apple sells its three millionth iPad, a round of double-digit price cuts has hit most major ebook readers this week.

Amazon dropped the price of its Kindle almost 30% to US$189 from US$259. This is less than half the original US$399 price tag when it was launched two and a half years ago. Amazon’s move trumped Barnes and Noble which just a few hours earlier cut its Nook eReader’s price from US$259 to US$199. 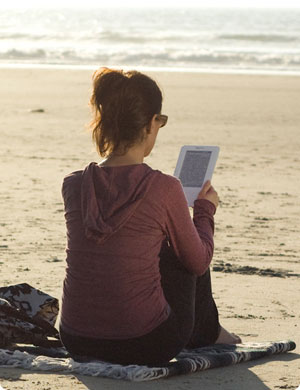 These big price cuts from the top sellers mean the gap has narrowed considerably between them and the low cost Kobo Reader. In the US, the Kobo is sold by Borders at US$149. While its no-frills package of essential features looked attractive when the gap was large, it will put pressure on that strategy now. Rather than cutting the Kobo’s price, Borders in the US has offered a US$20 gift card to effectively cut its price to US$129.

No sign at this stage that Australian and New Zealand prices for the Kobo reader will change. In Australia, where both the Kobo and Kindle are available, the Kobo is still A$199. A Kindle including freight will cost A$235 at the current exchange rate, plus GST if any is levied. In New Zealand, the Kindle — frustratingly — remains unavailable so the price drops in the US are mostly academic at this stage. But, if it were available in New Zealand, a Kindle would be about NZ$290 landed. The Kobo is currently NZ$295 incl GST.

While it might be tough on margins, the momentum of the iPad and the push for further price drops for the e-Ink devices is going to be great news for ebook sales.