How publishers can stay in the game 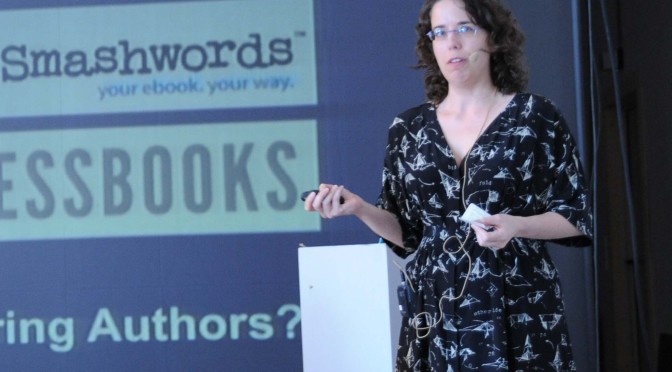 I’ve just read and listened to a lucid analysis of what might be the biggest challenge facing publishers and, most importantly, a practical solution to it.

Friedman rightly focuses on the changing author-publisher relationship as a key shift affecting the role and importance of publishers. For reasons we’re all becoming familiar with, the balance of power in this relationship is moving strongly in the direction of authors who are feeling newly-empowered by the opportunities and new partners who can help connect them to their readers.

These shifts in the market are making it much easier for new players to compete with traditional publishers for those authors. “Now that there are more options, publishers have had to come out and say, ‘Hey, we actually have value, they’ve had to come out and defend themselves … This is just incredible, publishers would never have had to do this,” Friedman told an audience at the LitFlow-Thinktank conferencein Germany this week (links to audio of presentation).

Authors are in effect the other customer, she says, the first customer being the reader. But, says Friedman, “the Big Six publishers are kind of the last in line to be .. empowering authors.”

For many decades now, authors have felt underserved and unsupported by their publishers. Yes, it’s an old cliché—the love/hate relationship between author and publisher—but the authors have reason to be unhappy, and the publishers know it. It’s unnecessary to detail all the ways that authors have become dissatisfied with publishers; anyone working in the industry is familiar with the complaints. We all acknowledge that most books and authors receive limited support and attention, and, for too many authors, this is not what they expect or want from their publisher relationship. Now that many alternative and better-paying publishing paths have opened up, authors are asking publishers “What have you done for me lately?”, and too frequently the answer is “Not enough for the royalty percentage and marketing support you offer.”

Publishers should be worried, but making YouTube videos in response is not the answer. Anyone in publishing who doesn’t see this as a growing problem might reflect on (1) the number of authors who’ve made exclusive deals with Amazon (2) the growing footprint of Amazon’s U.S. publishing program—and don’t forget singles and serials (3) the growing number of agency-based publishing programs and (4) the announcement of high-powered digitally enabled publishing enterprises such as Brightline.

Plenty of start-ups (and industry insiders) think they can beat the Big Six, and it’s not hard for a start-up to offer an author contract that’s better than what the Big Six typically offers. If the Big Six agree that authors are their biggest and most important asset to hold onto, then what are they doing to attract and keep important authors in the future? It certainly hasn’t been an offer of better royalties, even though publishing analyst Mike Shatzkin has suggested that would be wise in the long run.

Friedman proposes a way to turn this problem around and make it part of the solution to why publishers should continue to play an important role in authors’ careers.

The future I would like to propose is one in which the publisher truly serves as a partner that seeks to empower its authors, and freely shares as much knowledge and information as it has available. Those of us who have worked in publishing know that publishers are rarely forthcoming with authors about marketing plans or sales data, and we hold back information—we don’t want to open up “a can of worms.” But this mindset can’t survive in a future where each author expects full transparency and up-to-date information from business partners, not to mention trust and respect. Authors shouldn’t be told they are responsible for marketing and promotion while not be given all the tools needed to be successful at the task, but that is exactly what is happening today. Authors will have too many options to accept such a situation in the future.

Information sharing by publishers is merely the first step. Education (especially for first-time authors) and ongoing networking and advancement (for established authors) must be provided if authors agree to sign contracts that pay them less than a direct-to-consumer retailer like Amazon. Publishers, for the first time, have to earn their keep by providing a value that extends beyond production and distribution—and possibly even editorial direction. The biggest problem that authors must solve for themselves, year after year, is (1) staying competitive, current, and discoverable in a shifting digital landscape (2) having the right tools to be effective and in touch with their readers, and (3) having a strong network of connections that helps them better market and promote. All of these things are well within a publisher’s ability to assist with, only they haven’t been putting any resource into providing such assistance. They have been focused on their own corporate problems of shifting to a digitally enabled business, and squeezing as many sales as possible out of their mastery of print book sales and distribution. Most of the thinking is centered on self-preservation. But I’d like to suggest that the best self-preservation measure of all is becoming a house that’s known and respected for—in the eyes of its authors—being an active, long-term partner and resource. By empowering each author to do better, the publisher is ensuring more sales over the long term. Here are 3 key ways in which such a strategy pays off.

Plenty of publishers will ‘talk the talk’ about these partnerships, but it demands a shift of thinking and financial resources that most aren’t yet making in order to ‘walk the walk’ with the depth that Friedman is proposing. Friedman has much more to say. Read it here.